I strongly believe that we are “hard wired” to cope with difficult events and to heal from traumatic experiences. This Somatic Experiencing approach, developed by Peter Levine, is based on biology. Avadhan and Dick Larson are both Somatic Experiencing Practitioners (SEP) in Crestone, Colorado, and have written a clear and beautiful description of the basics, which can be found on their website www.larsonwellbeing.com and is noted below with permission. Please also refer to Peter Levine’s website www.traumahealing.org.  Here is a link to some excerpts from some of Peter Levine’s written works. 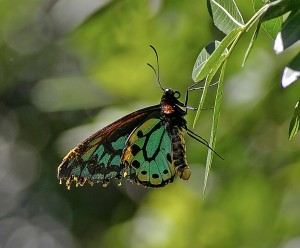 Trauma is a fact of life. Most of us, not just soldiers or victims of abuse or attack, have been traumatized. The sources of trauma are wide-ranging; these include natural disasters, exposure to violence, accidents, falls, serious illness, sudden loss of a loved one, surgeries, medical and dental procedures, childhood neglect or abuse, difficult births, and even high levels of stress and toxicity during gestation in the womb.

Not all traumatic events will create symptoms; however, trauma related symptoms are rampant in our modern lives. Symptoms of unresolved trauma can include:

The key to understanding why these symptoms occur lies in our biology. Peter Levine, in observing the behavior of animals in the wild, discovered that even though animals are routinely exposed to potentially traumatic events, they rarely suffer from traumatic symptoms. If while being chased by a predator an animal manages to escape its attacker, it literally shakes off the event and then rejoins the herd. He also observed that in the case of an animal that does not escape, its powerful instinctual survival energies drive the animal to flee, but at the moment of capture it falls, immobile, to the ground. This state, called the “freeze” response, is a kind of altered state, which allows the animal to avoid suffering at the time of death. But it also has survival value: If the predator does not kill its prey immediately, the prey animal may still arouse from its trance and escape.

The immobility or “freeze” response

This state of immobility or “freeze” holds the key to understanding trauma. Once aroused, our survival responses of fight or flight need to come to successful completion in order for our nervous systems to come back to a state of rest and equilibrium. When we are unable to complete these responses, our nervous systems default, as it were, to freeze. The frozen, immobilized state may look calm on the outside, but internally the state can be compared to what happens in a car when we step on the brake and the accelerator at the same time. A huge amount of energy is revving, usually below conscious awareness, creating the symptoms of trauma as we know them.

Trauma symptoms develop when we cannot complete the process of moving through the immobility response and discharging these powerful survival energies.

Since these instinctual energies are generated in the most primitive part of our brain, symptoms of trauma tend to be related to the functions regulated by that part of our brain: breathing, heart rate and blood pressure, appetite and digestion, sex and sleep. These symptoms seem to be our bodies’ way of binding or containing these intense survival energies until they can be resolved.

The symptoms of trauma, from the extreme symptoms classified as Post Traumatic Stress Disorder (PTSD) to the milder forms of generalized anxiety and so on mentioned above, can be healed. Trauma, although a fact of life, does not need to be a life sentence.

Somatic Experiencing, developed by Peter Levine, is a gentle therapy for resolving and discharging unresolved survival energies, thereby healing the symptoms of trauma.

It is based on the fact that we, like animals in the wild, are biologically designed to do this; in other words, our bodies, given adequate support, know exactly what to do to in order to heal.

If our bodies know how to heal, then why haven’t we done so?

Just as we have a primitive part of our brain that governs survival responses, we also have higher brain functions of emotional and cognitive responses, which often interfere with this “body wisdom.”

Somatic Experiencing (SE) is a method of supporting our bodies to access this body wisdom and apply it to healing and resolving the effects of trauma.

Somatic Experiencing is a gentle therapy

There is little to be gained in re-traumatizing our nervous systems by re-living a traumatic event, or by working with cathartic (emotional) methods or cognitive methods, since these approaches work with the higher brain centers, not the primitive brain centers which mediate survival energies.

To work directly with the inherent wisdom of the body, Somatic Experiencing largely bypasses the cognitive brain centers by utilizing the “language” of the primitive brain: sensation. By working with a person in a state of resourced, pleasant body sensations and gradually working with the edge of the nervous system activation, the inherent body wisdom takes over. This gradual working of the edges of the nervous system activation gently allows for the discharge and completion of the instinctual survival energies, resulting in a restored sense of settling and well being.